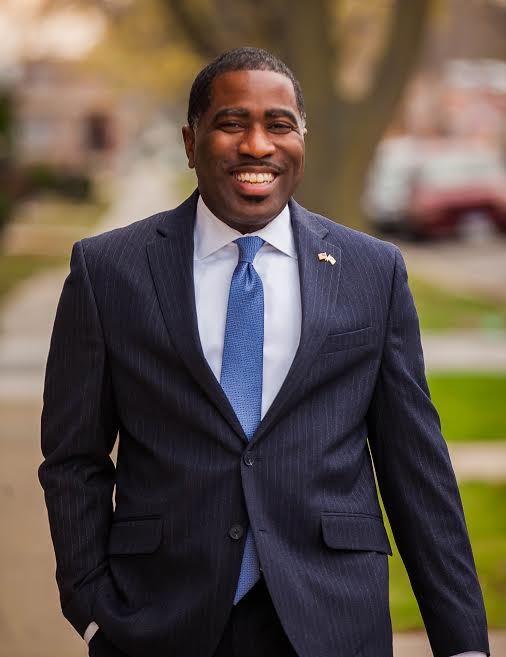 Marcus C. Evans, Jr., serves as the State Representative of the 33rd District of Illinois, which includes the South Side of Chicago and South Suburban Cook County. At the State Capitol within the House of Representatives, Marcus is known to be a strong, collaborative, and consensus building leader. Under the leadership of Speaker Emanuel “Chris” Welch, he currently serves as both Assistant Majority Leader and Chairman of the Labor & Commerce Committee.

Over his years of service, Marcus has passed many impactful legislative measures in a variety of categories including: Energy Reliability, Labor Rights and Policy, Transportation, Health Care Funding & Availability, and Housing Stabilization & Development. As the Chairman of the Labor committee, Marcus works with his colleagues and various interest groups on all legislative actions that impact working-class citizens and our economy. In addition, he serves as a member of the Revenue & Finance committee and the Appropriations Human Services committee. Marcus strongly believes in the proper stewardship of taxpayer dollars, thus he also serves on the bi-cameral Legislative Audit Commission (LAC).

Before being appointed and subsequently elected to the Illinois House of Representatives, Marcus worked for the Chicago City Council as Assistant to the Alderperson of the 8th Ward. Marcus is a lifelong resident of the South Side of Chicago, a Chicago Public Schools graduate, and understands the challenges that many of our urban youth face. In July of 2006, Marcus faced the challenge of his life when he was diagnosed with Cancer, followed by immediate major surgery and chemotherapy. He uses his life experiences to fuel his strong passion to help improve the lives of others.

Marcus received his Bachelor of Science Degree in Business Administration from Chicago State University. He is the proud father of one son Marcus, III. Outside of public service, Marcus works as a licensed real estate appraiser and an Illinois High School Association licensed basketball official. 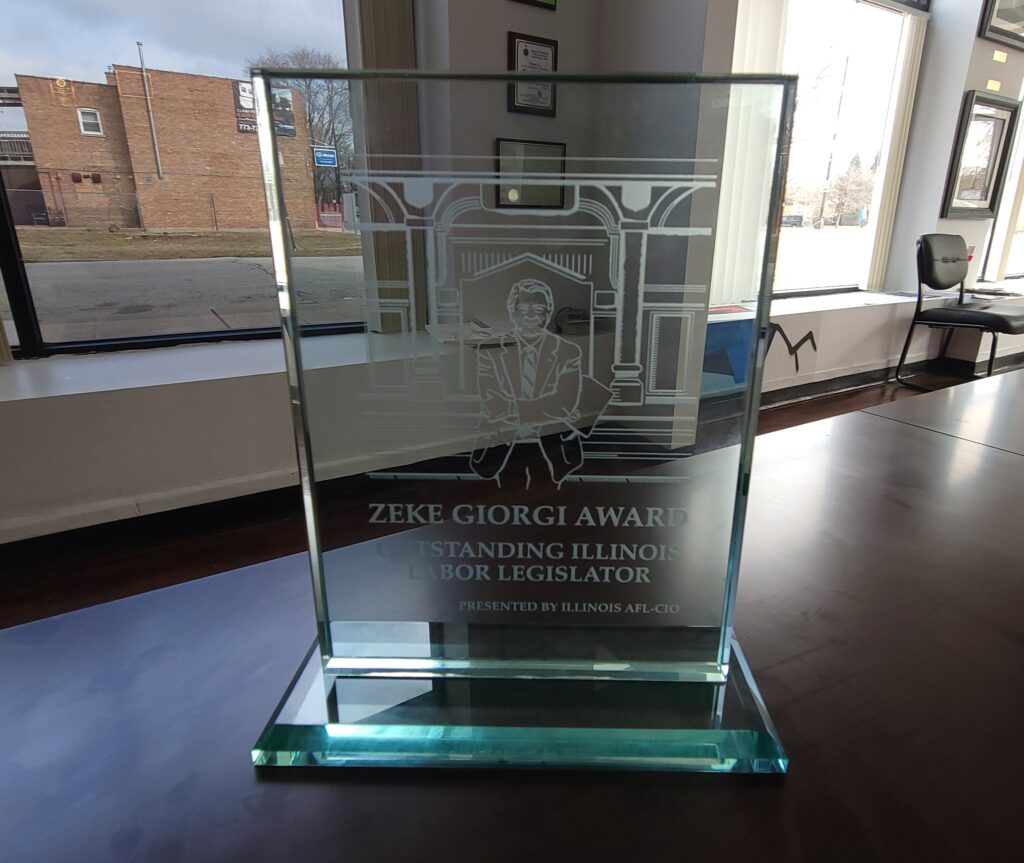 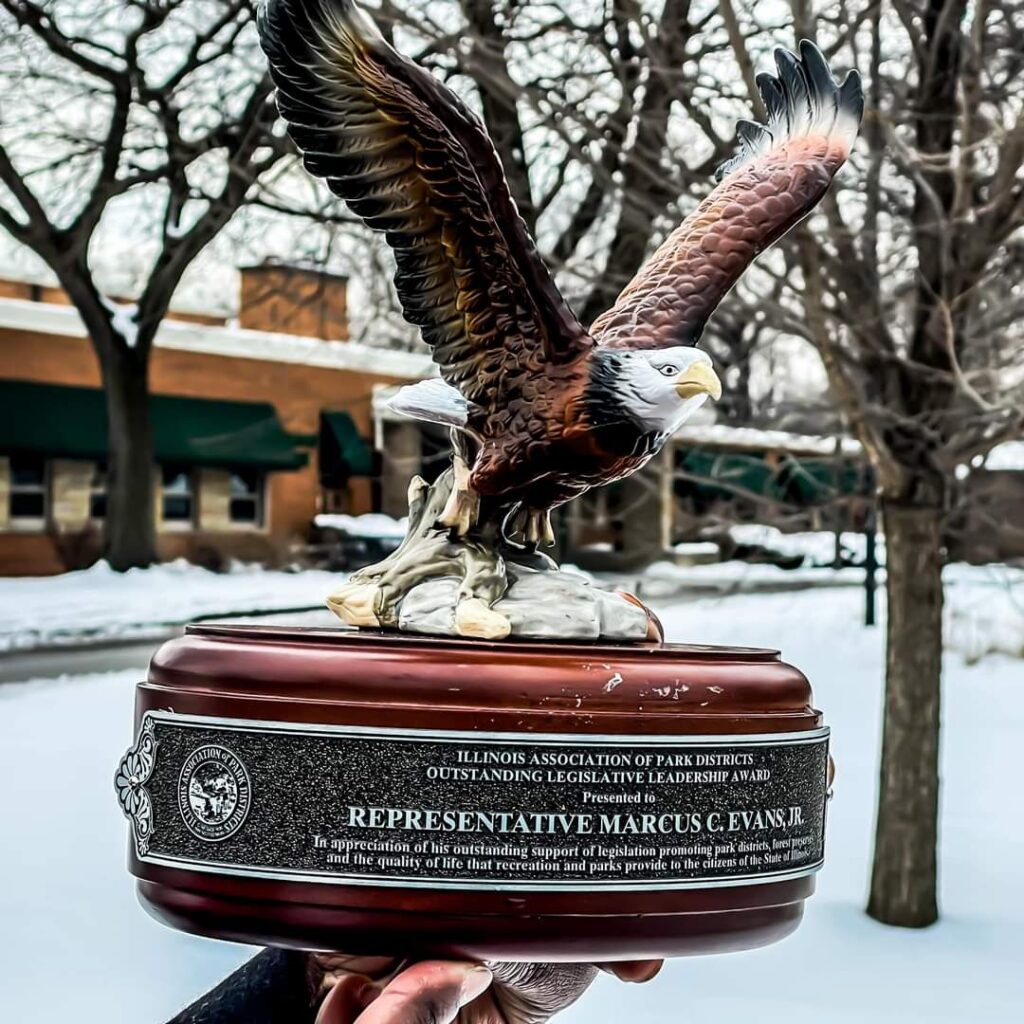 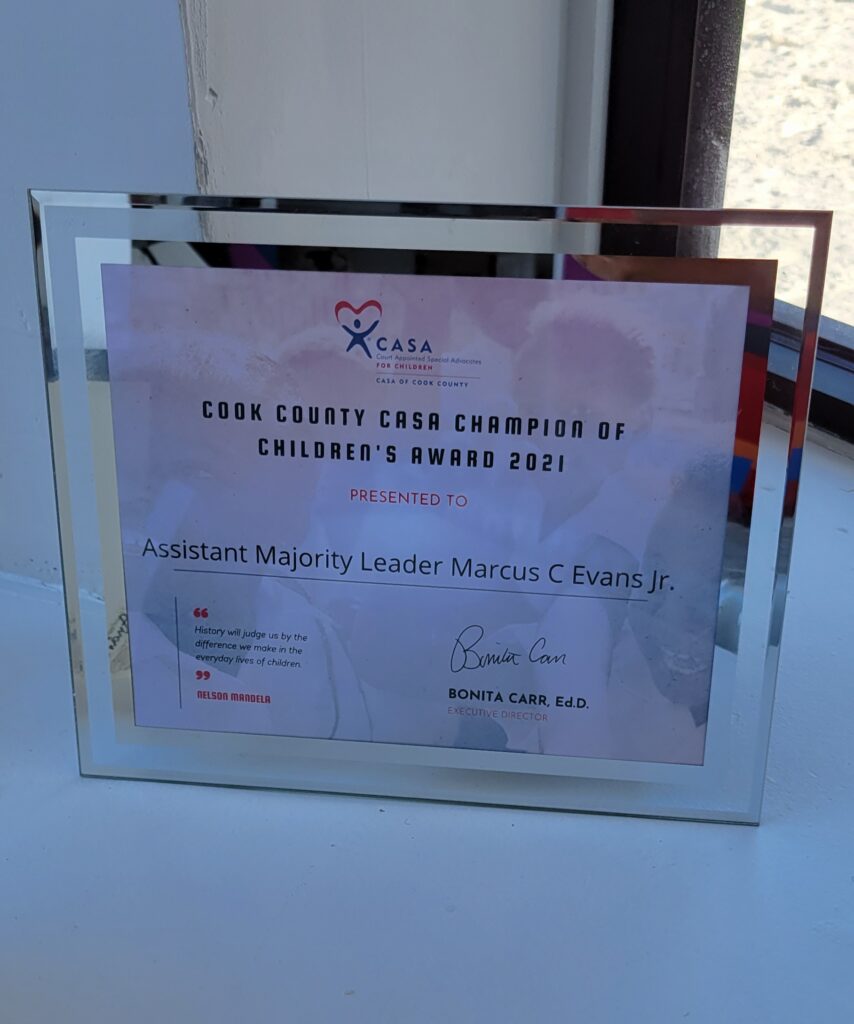 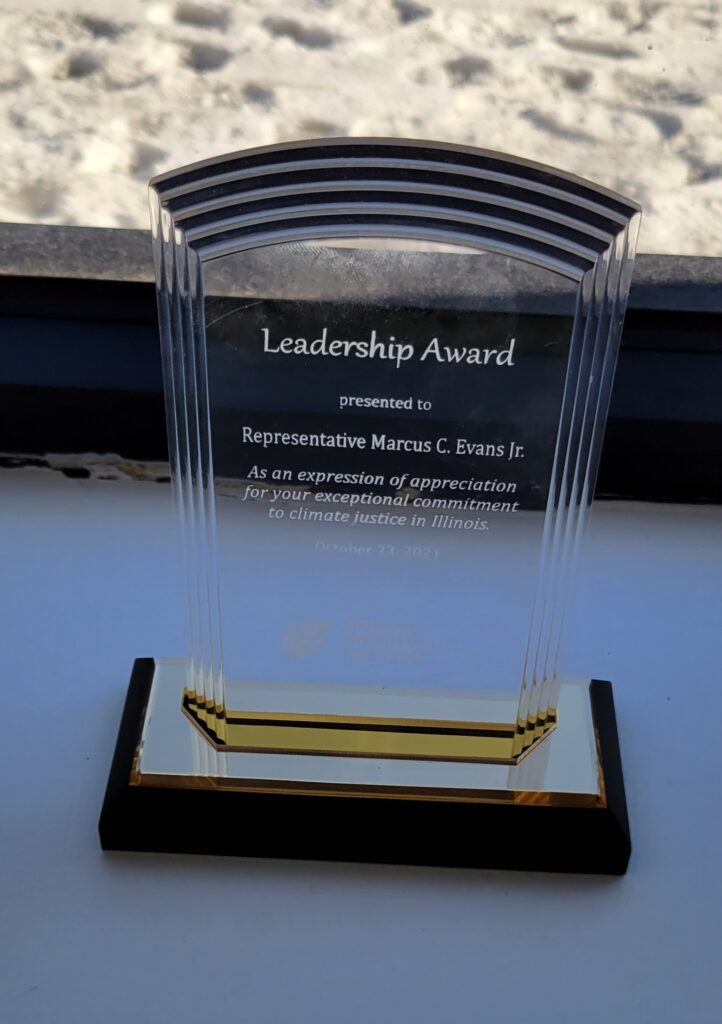 Rep. Evans received this award for his support of SB2408, "The Climate and Equitable Jobs Act" which promotes clean, renewable energy within the State of Illinois. 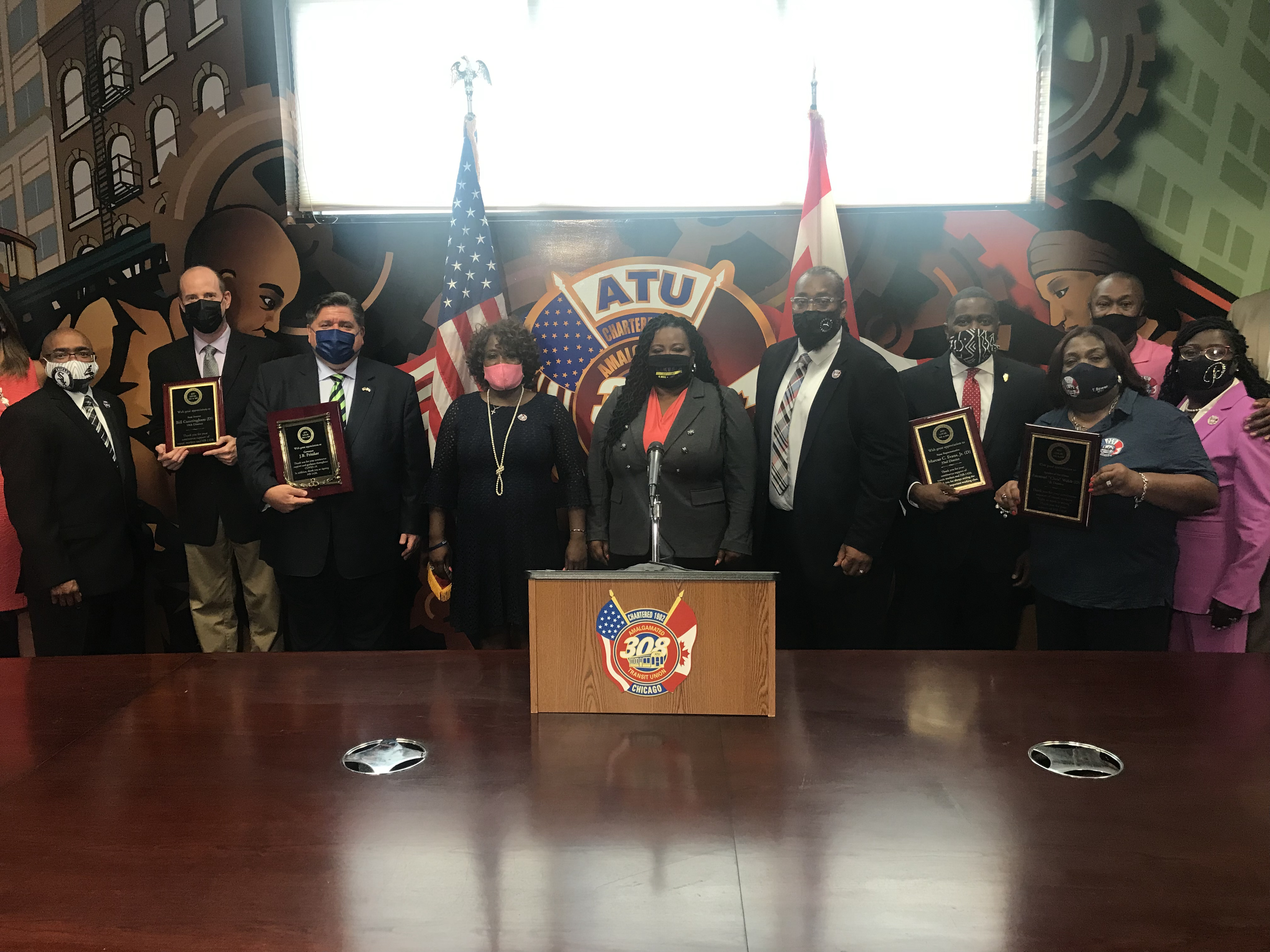 Rep. Evans received this award for his continuous support of transit workers and HB-1428. Was thanked for always setting the tone for the important working class 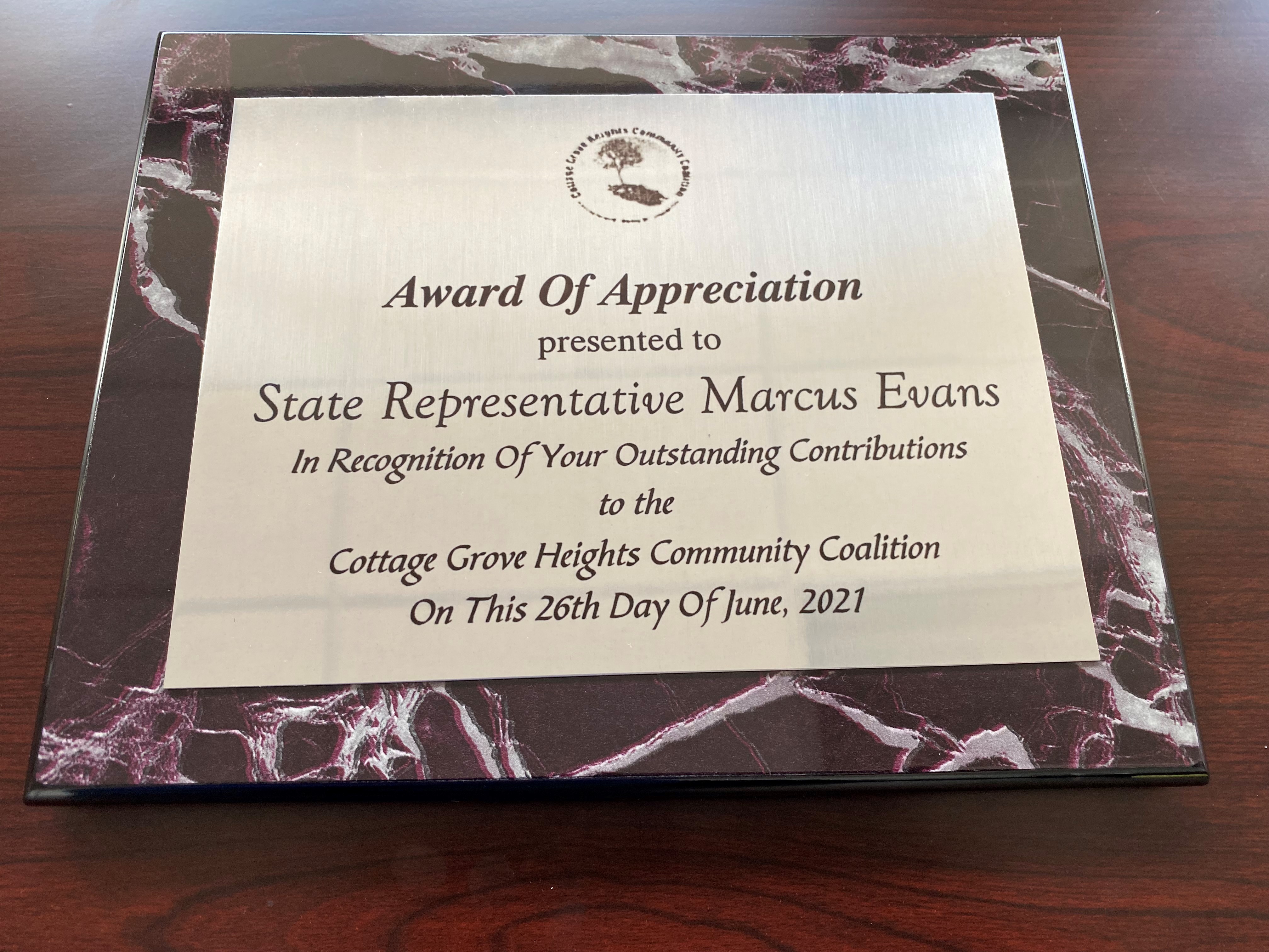 Rep. Evans was presented the Award of Appreciation in Recognition of his outstanding contributions to the Cottage Grove Heights Community Coalition 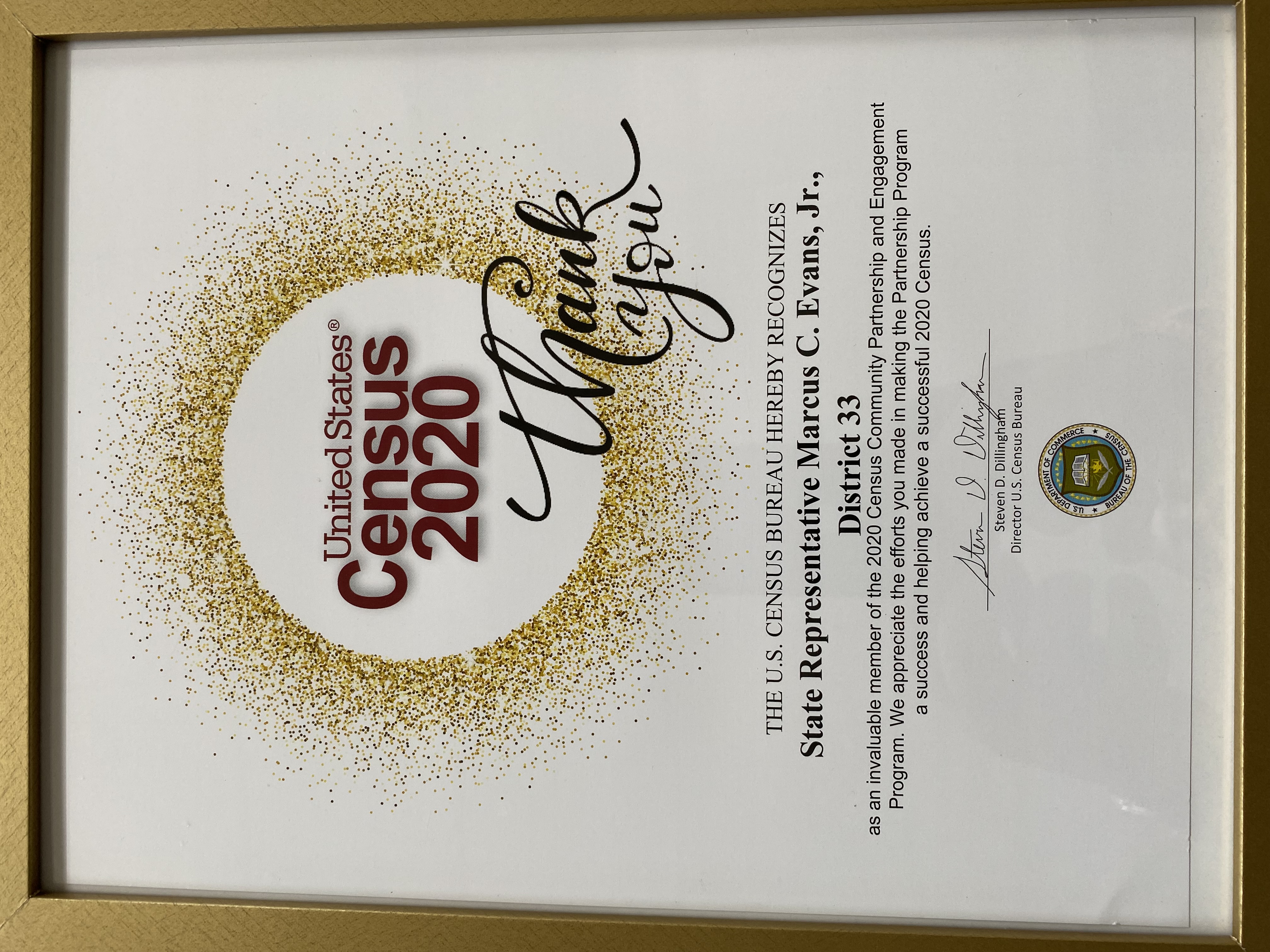 Rep. Evans was given this award as an appreciation of his efforts to make the 2020 Census Community Partnership and Engagement Program a success

2020 Labor Advocate of the Year Award 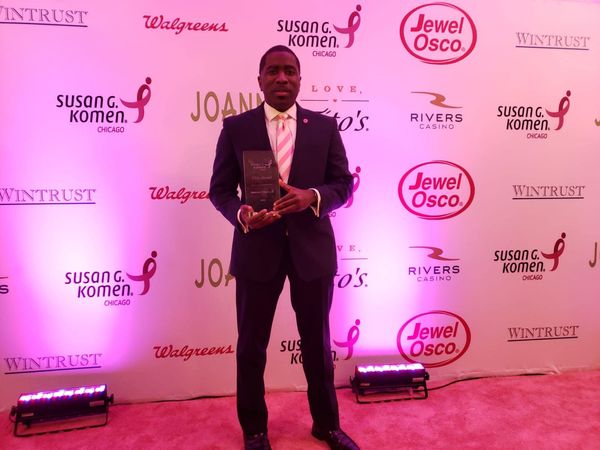 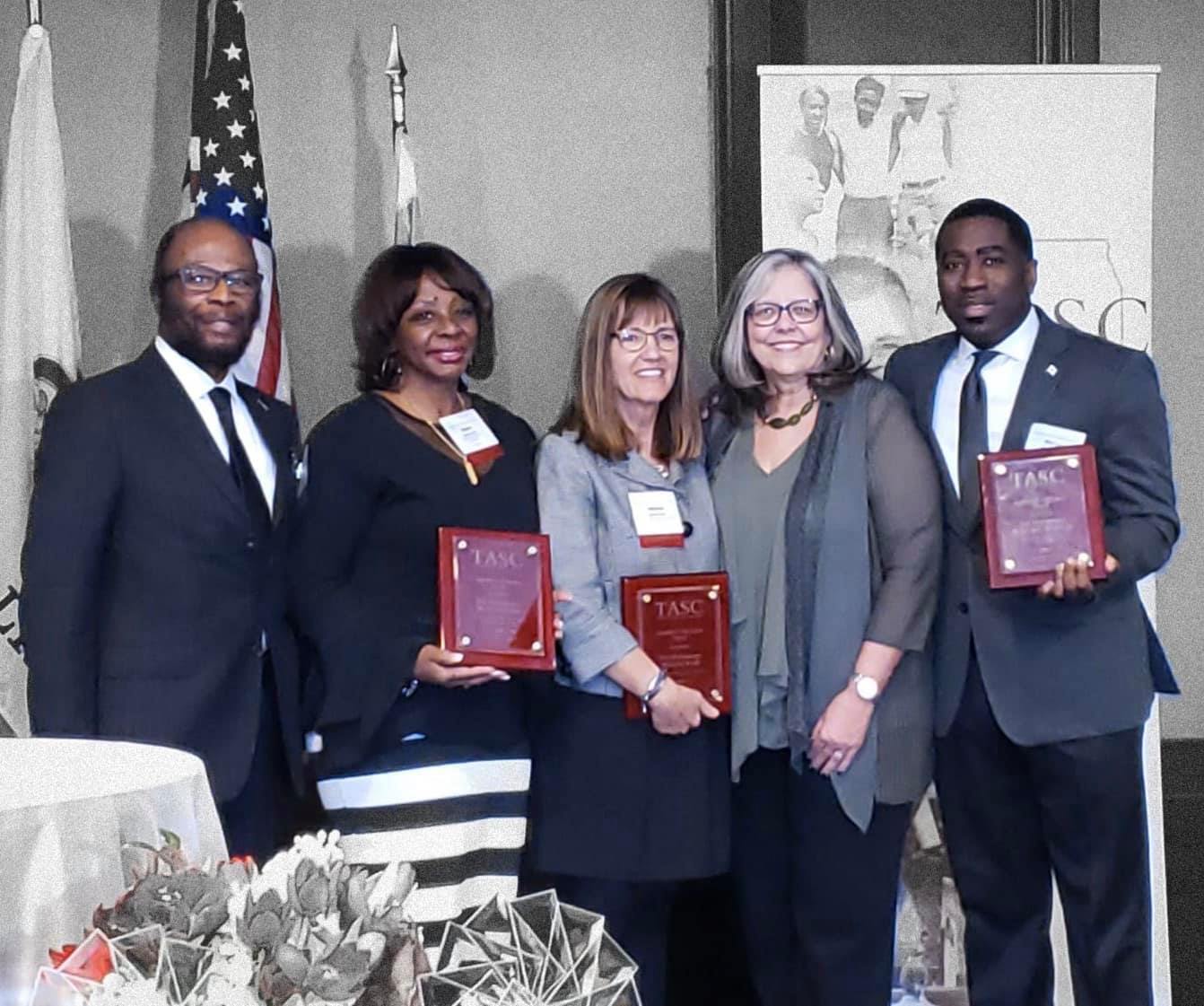 TASC’s Legislative Champion Award recognizes lawmakers who have supported initiatives to improve opportunities for substance use disorder treatment, recovery, and community engagement, especially such opportunities for individuals who have had contact with the criminal legal system

Rep. Evans was presented this award for his hard work, dedication, and leadership in the African American community 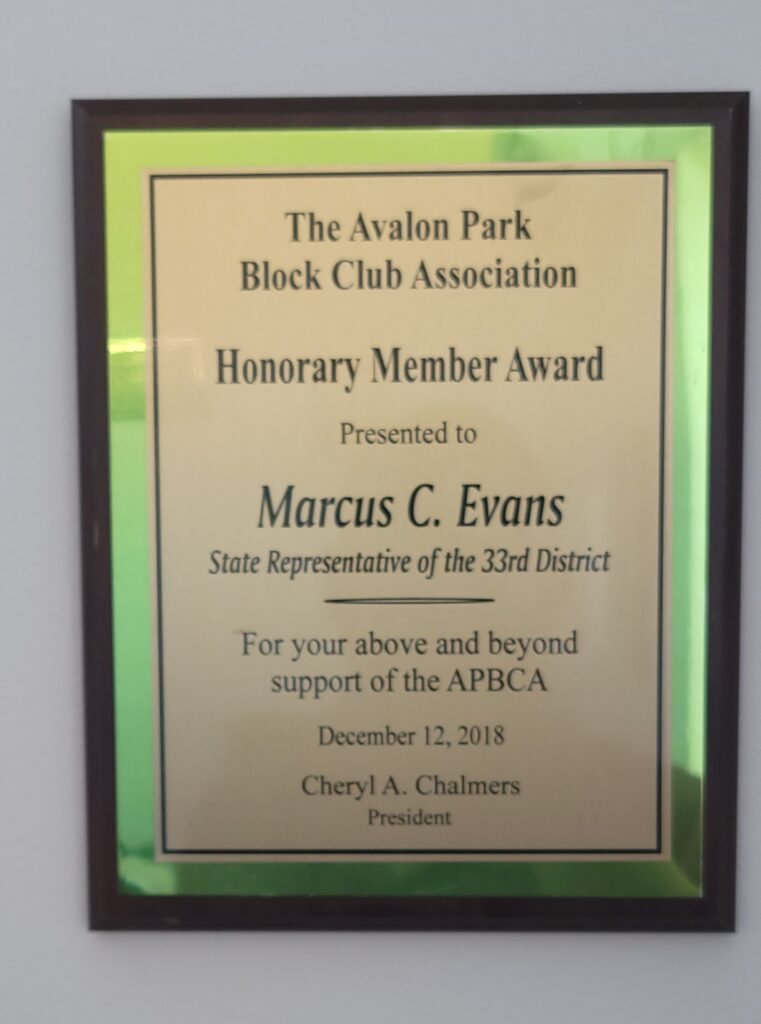 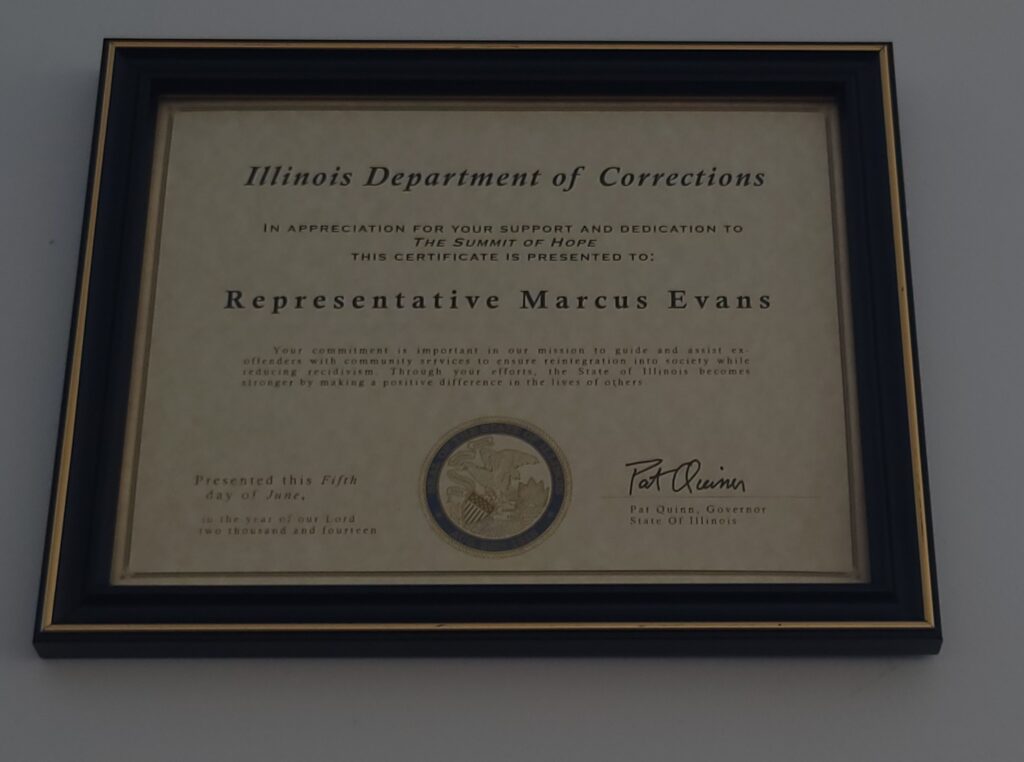 Appreciation for Support For the Summit of Hope 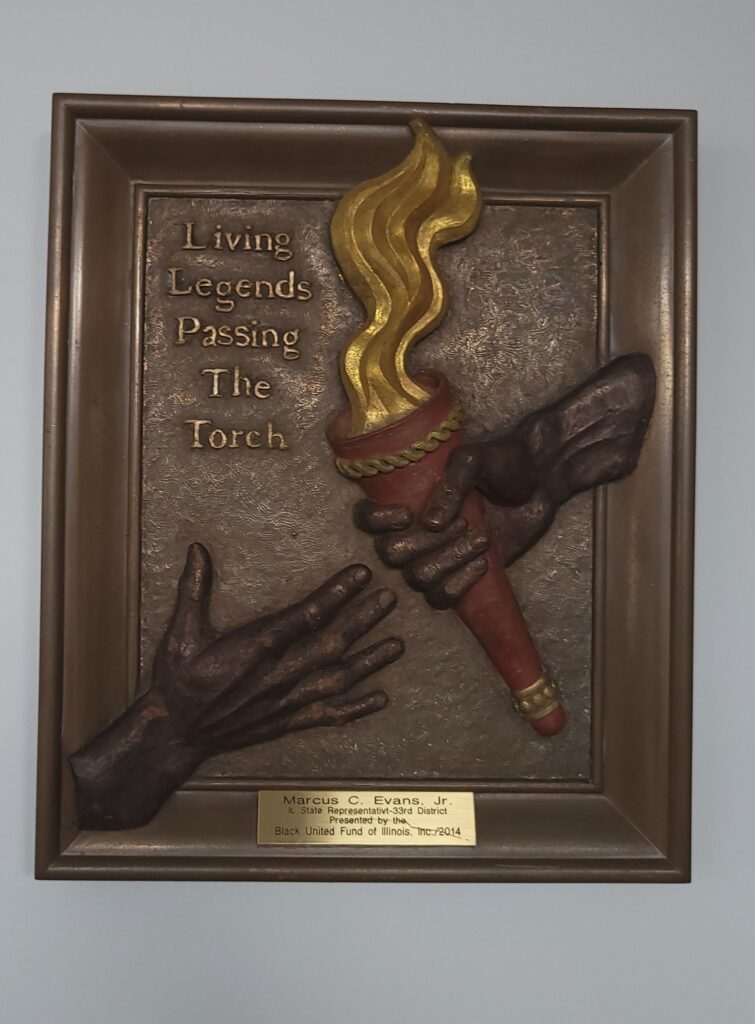 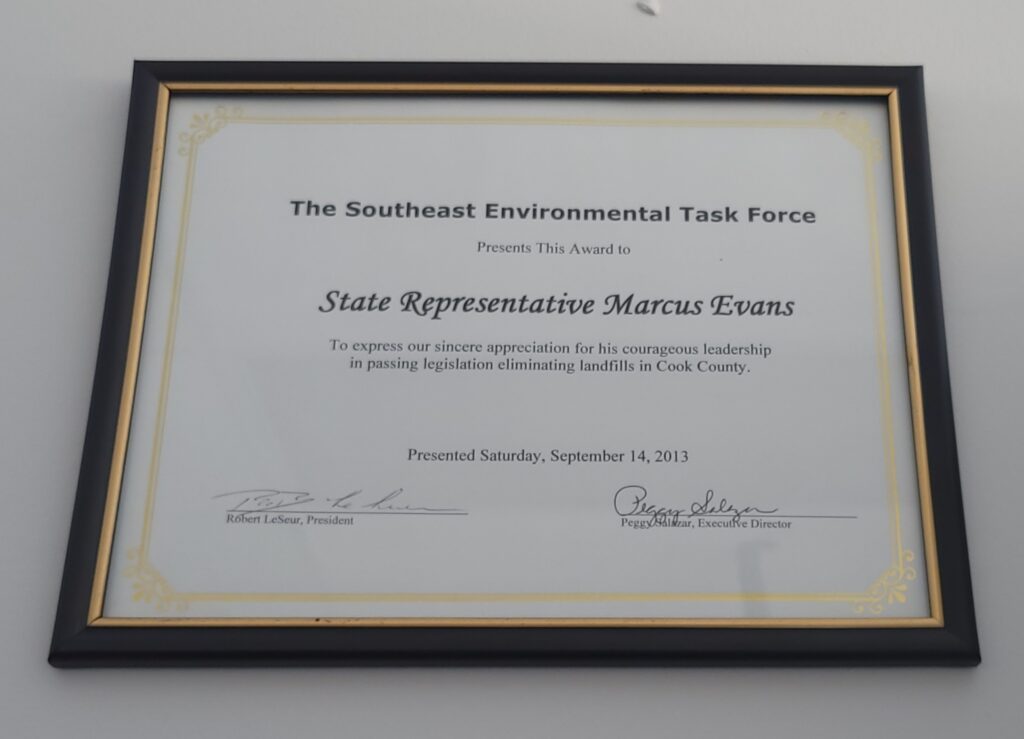 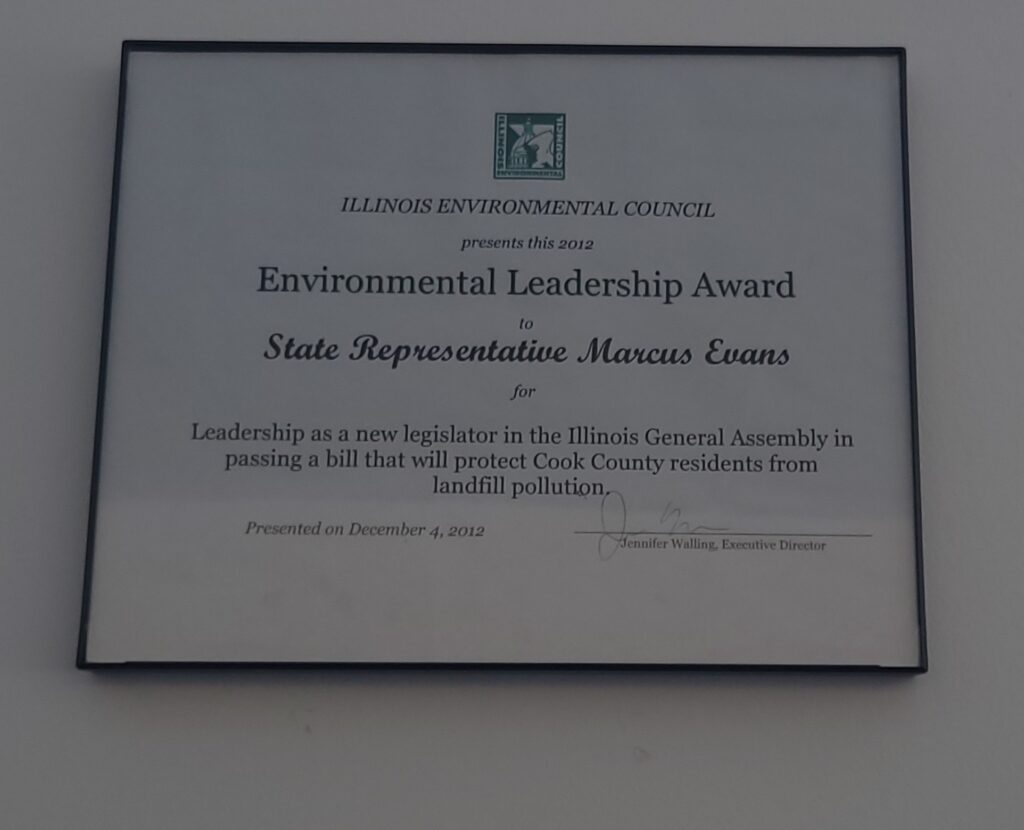 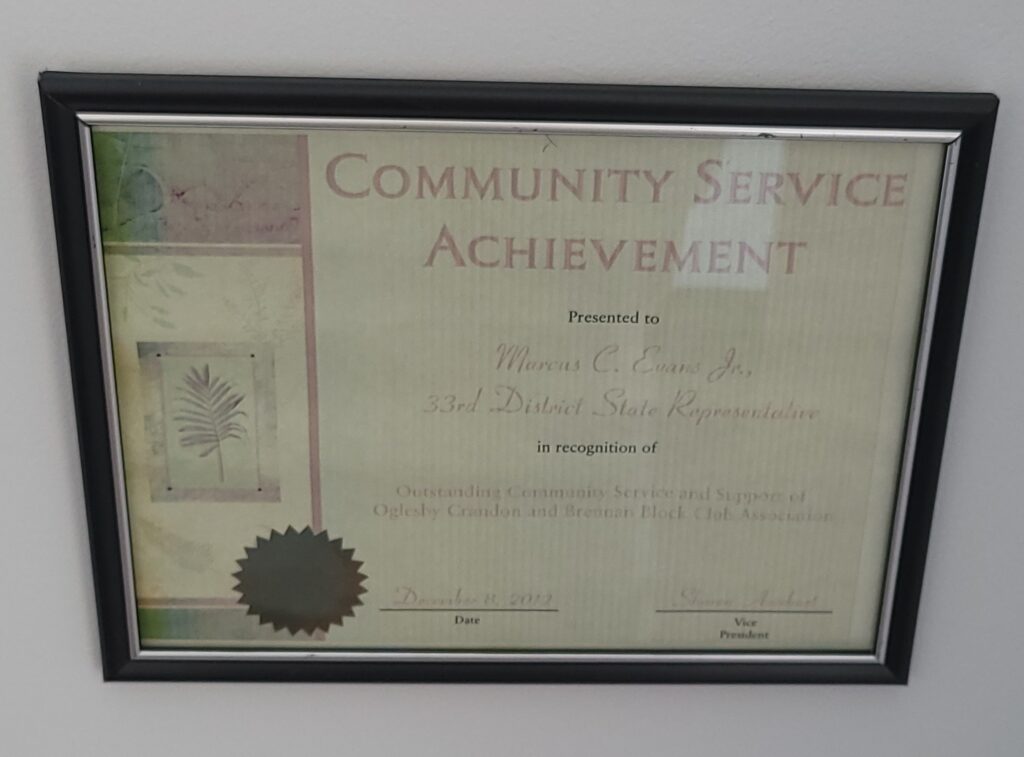